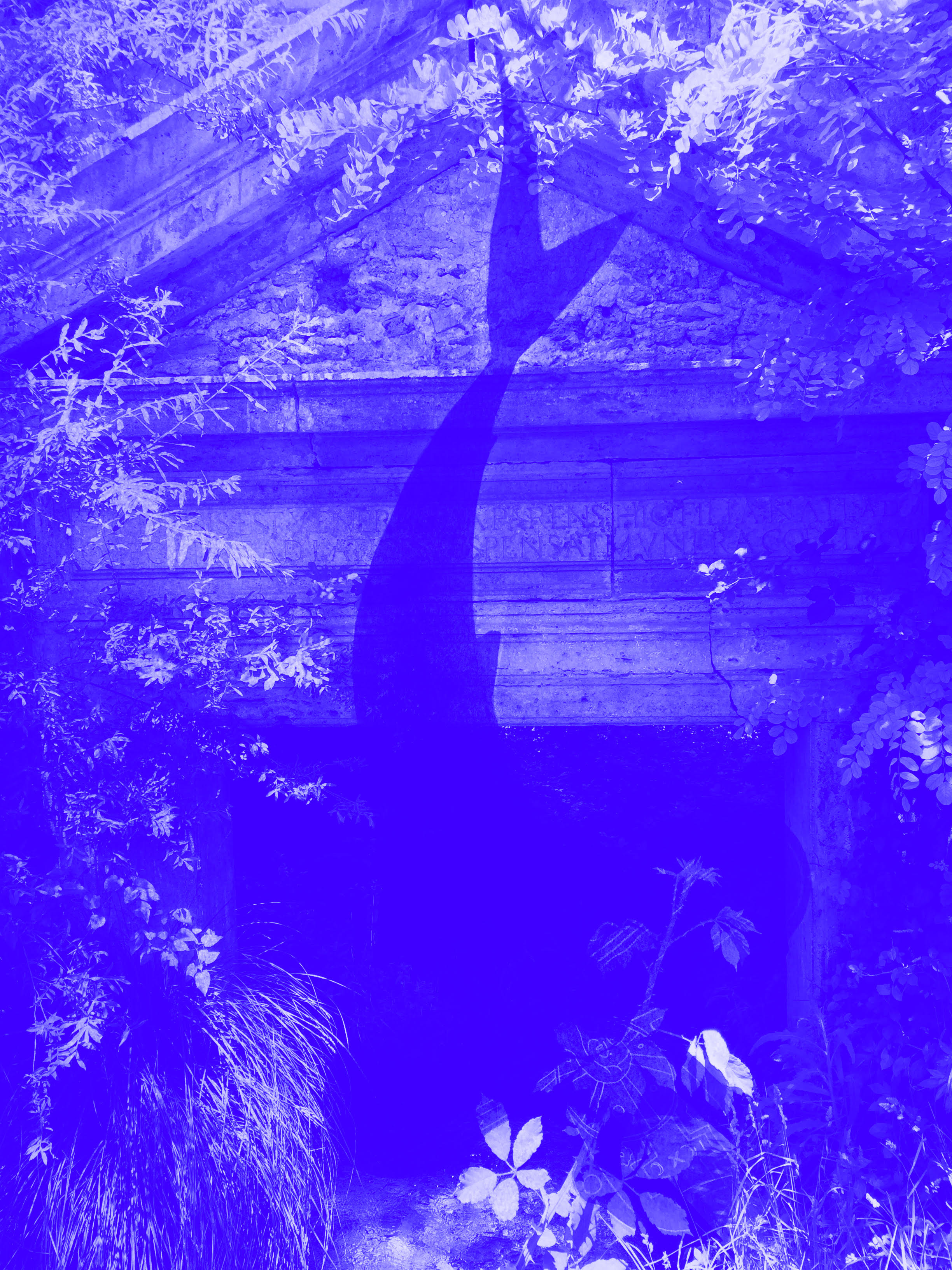 Image: Study for "Beyond the Sea" Julie Born Schwartz and Marie Kølbæk Iversen, 2020. Courtesy of the Artists.

SixtyEight Art Institute warmly welcomes you to our new two-person exhibition Beyond the Sea featuring the works of the Copenhagen-based artists Julie Born Schwartz and Marie Kølbæk Iversen. This exhibition is curated and organized by SixtyEight as part of its expanded artistic research and ongoing curatorial projects.

Beyond the Sea brings together two practices connected by their exploration of what lies between spirituality and materiality.

Nestled in the remote town of Cascia, within the mountains of southern Umbria, lies the Santuario di Santa Rita de Cascia—the resting place of Saint Rita (1381-1457), who was canonized as “The Saint of Impossible Causes.” In the multi-screen video work Ex-voto (2018), Julie Born Schwartz examines the legacy of Santa Rita through the daily activities of the nuns currently residing at the convent in Cascia, as well as the convent’s association to modern art through the twentieth century French conceptual artist Yves Klein. Klein was deeply fascinated by Santa Rita and left several objects at the convent as offerings to her; the term ‘ex-voto’ is given to the gifts left to a saint or divinity in such a manner.

As with much of his practice, the ultramarine color that he was to patent as International Klein Blue (IKB) featured in several of his ex-votos left for the convent. Drawn from the semi-precious stone lapis lazuli, which for millennia has been extracted and used for decorative and healing purposes in Asia, the color’s Western name—‘ultramarine’—denotes its main point of origin as seen from a Eurocentric viewpoint: Afghanistan, the country literally ‘beyond the sea,’ from where the pigment has been imported into Europe since the Middle Ages.

In 2015, Marie Kølbæk Iversen initiated the project Mirror Therapy tracing the geo-political and art history of ultramarine between East and West from the Industrial Revolution until NATO’s recent war in Afghanistan. While Mirror Therapy engaged in questioning the human projection of borders onto the terrain, Kølbæk Iversen’s contribution to Beyond the Sea shifts its gaze to the sea. Simultaneously the border separating ‘us’ from ‘them,’ and a transit zone between what is known and what is not, she explores the concept of the ‘ultra-marine’ through a series of drawings hybridizing ‘monsters’ of the deep with monstrosities of our human existence.

Marie Kølbæk Iversen
Born 1981 in Herning, Denmark. Lives and works between Oslo, Norway, and Copenhagen, Denmark. Artistic research fellow at the Oslo National Academy of the Arts and Aarhus University since October 2017. Graduated visual artist MFA from the Royal Danish Academy of Fine Arts in 2008. In 2019, participant in the exhibition Let the field of your attention…. soften and spread out, which formed part of Tallinn Photomonth Biennial at Kai Art Centre in Tallinn, Estonia. In 2018, recipient of Aage and Yelva Nimb’s honorary grant for her participation in Marie Laurberg’s The Moon at Louisiana Museum of Modern Art, Humlebæk, Denmark, and Henie Onstad Kunstsenter, Oslo, Norway, with the large-scale video installation Io/I and the opera Moonologue, composed in collaboration with Katinka Fogh Vindelev as a commission for Louisiana. In 2017, Marie was the recipient of the ARKEN travel grant, as well as the PKU and Novo Nordisk Mads Øvlisen grants for artistic research with special mention.
Website: mariekoelbaek.com

SixtyEight Art Institute is an artistic/curatorial research organization looking to uncover, develop, and further exchanges between artists and curators and their creative labor. The exhibition Beyond the Sea is the thirteenth installment of our two-year program of exhibitions, called Modes and Notes on the Local, which is kindly supported by Københavns Kommunes Billedkunstudvalg and The Danish Arts Foundation. Julie Born Schwartz’ contribution to the exhibition is made possible through the generous support of The Danish Arts Foundation, Zeuthen’s Mindelegat and Mahler & LeWitt Studios residency program, where she was hosted while making Ex Voto, over the course of two years, in the city of Spoleto, Italy.