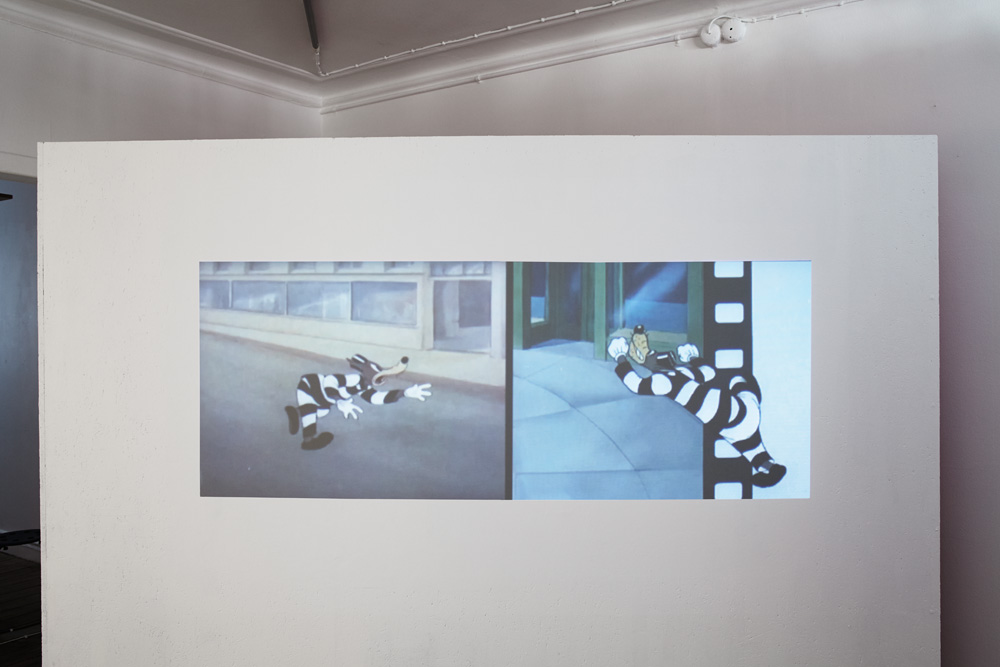 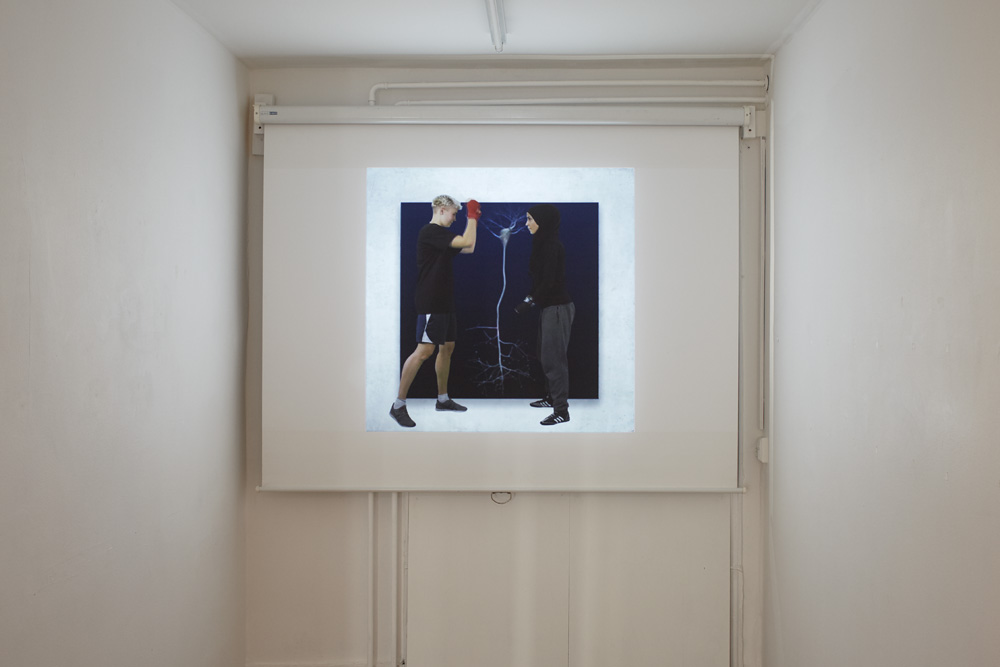 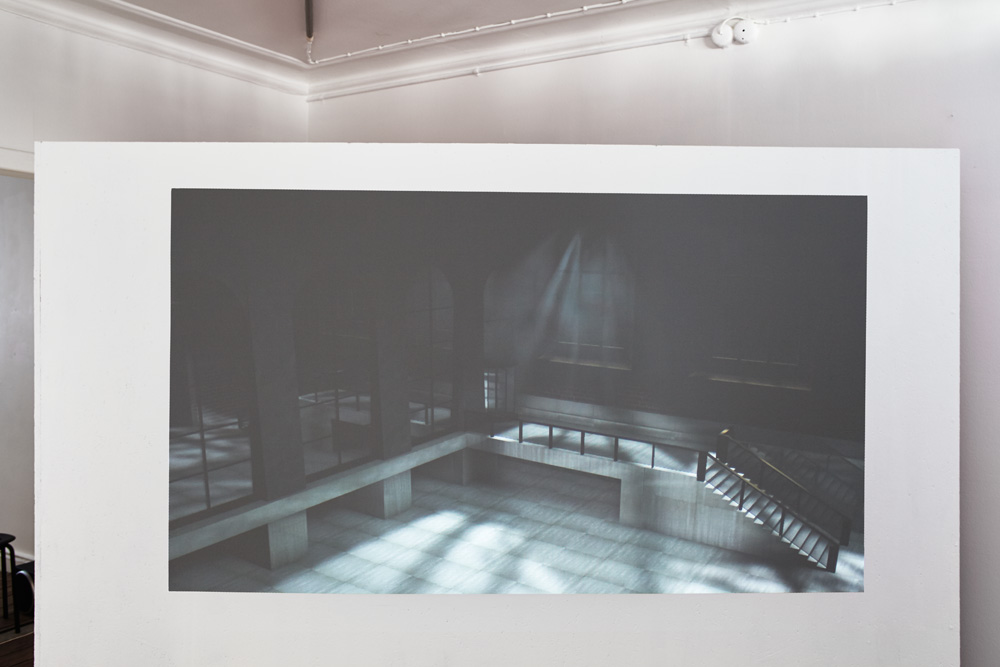 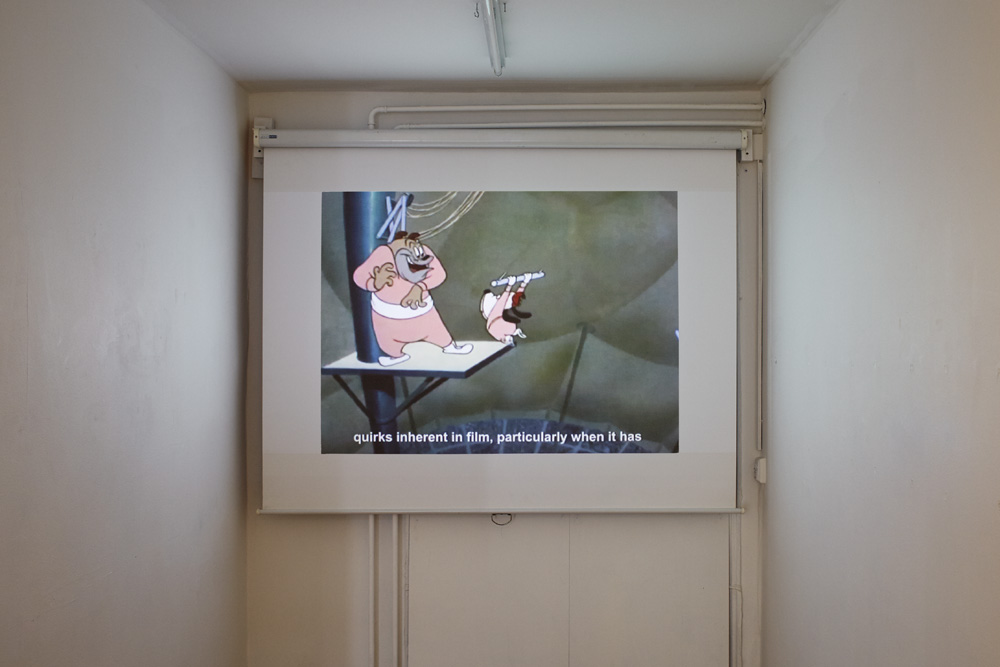 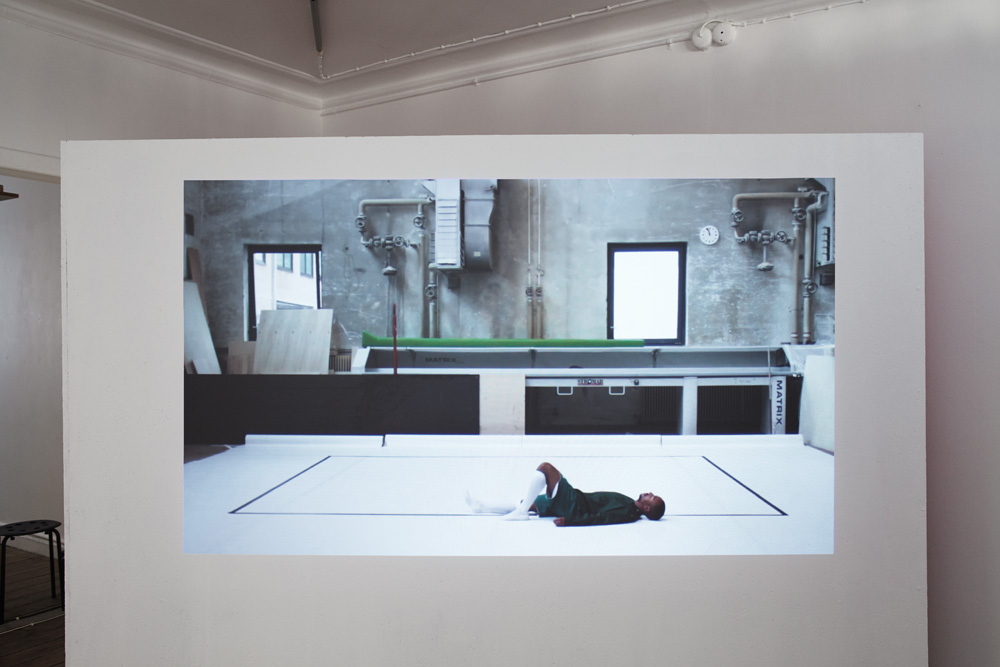 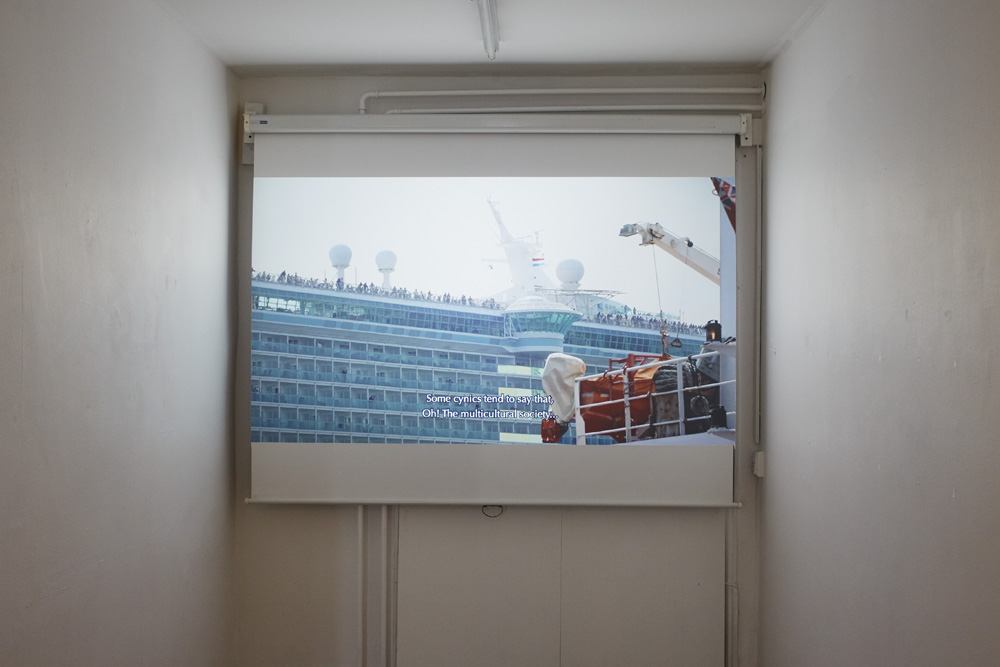 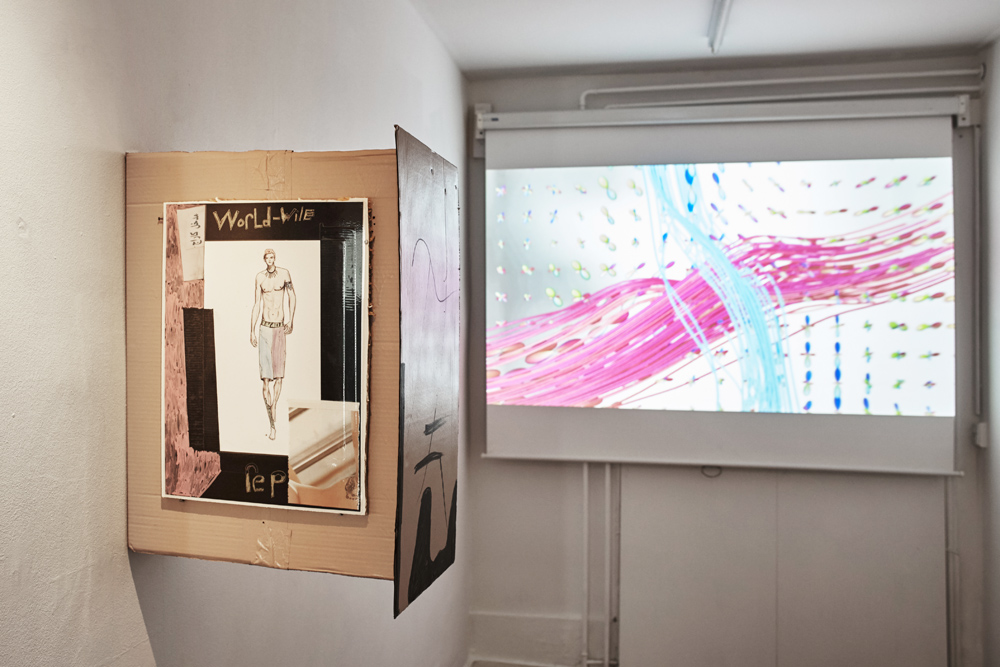 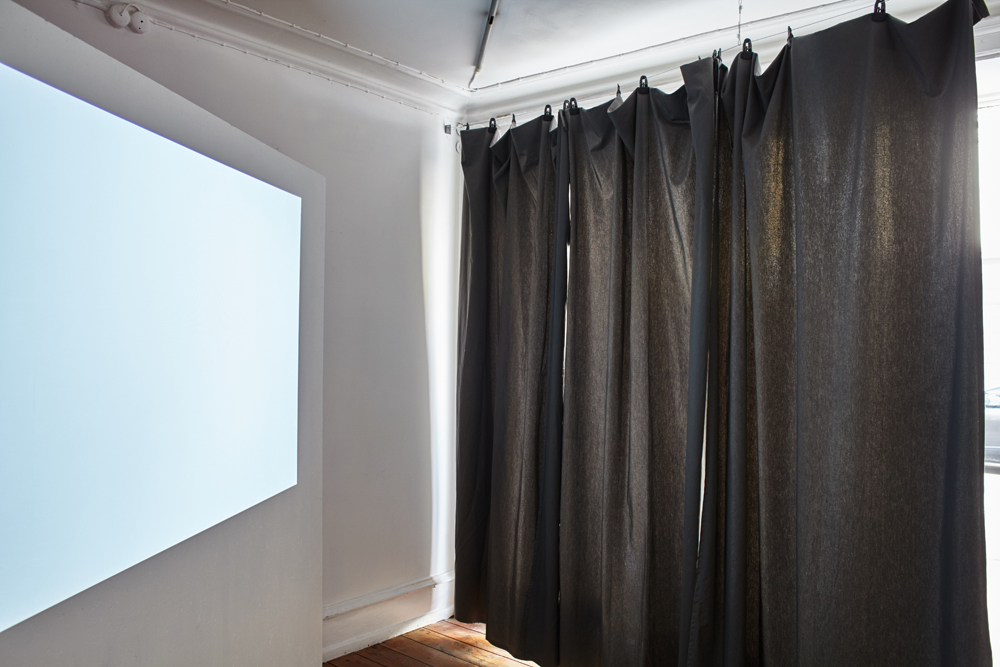 Repeats (Figures and Infrastructures) begins from the trail of accidents and aporia cast behind infrastructures and their descriptions. Most often it’s bodies, rendered as exemplary or excessive figures that are left aside. Extraneous to the systematic rules and delivery of resources and services, they are too resistant, too complex for a vision of systems that dream of rationalizing everything. But the figure as a model from which subjects are to be copied or represented, also makes known that rationality — big tunnels, thick cables, gargantuan data, pervasive networks, just-in-time logistics — are not all there is with infrastructure. Uneven development, murky truths, ocean crossings, contagious others, selective freedoms that are also central to delivering daily life.

Repeats (Figures and Infrastructures) puts the figure back at the center of the frame. The work of Anna Zett, Asta Lynge, Dorine van Meel, Katie Hare, Paul Maheke, Simeon Barclay, Seecum Cheung, and Will Sheridan Jr., in different ways, points to the formation of social structures through cultural infrastructures, narrative, images, politics, movement and circulation. Not only do they see how social systems are reproduced, but who is asked to bear that task too. Here, a new suggestive language of infrastructure is put forth: of identity collapses and formation, and the empty figures of nation; shedding, traces, and entangled histories of violence and institutions that cannot be escaped; affinity, configuration and alignments, surface and spatial politics. Familiar representations that either pull back to scale, or trawl the depths of abstraction and metaphor are put aside, for cultural practices that join together, tear at the layers, or repeat and normalize infrastructural narratives as the way of the everyday, and infrastructure is asked to meet those figures more deliberately.

Seecum Cheung is a Rotterdam-based artist filmmaker. Born in Coventry, Cheung moved to Rotterdam in 2014 to complete her MA in Fine Arts at the Piet Zwart Institute. Cheung was recently announced as the 2017 winner of the Anni and Heinrich Sussmann Foundation award, additionally receiving a substantial research grant from CBK Rotterdam with support from Fonds Kwadraat. Her recent shows include The Dutch Window, 2017 Grand Union Gallery, Birmingham, UK, a solo presentation with Syndicate Gallery (DEU) Poppositions (BE/2017). Events include No Reading after the Internet, The Showroom, London, UK 2018 and Research Network Series, Stuart Hall Library, London, UK 2019.

Anna Zett is an artist, writer, director of films and radio plays. Working both alone and in teams, Zett picks up well-known symbols from modernist history and popular science to critically explore their shifting political and emotional charge. They often participate as a performer in the recording or on stage, combing a narrative and conceptual approach with embodied research. In 2014 Anna Zett published their first longer videos, which were shown internationally in galleries, museums, project spaces and festivals. Zett has also written and directed two experimental radio dramas for the German public radio, and (co-)hosted various participatory formats ranging from dance to associative story telling. They were born in Leipzig and live in Berlin.

Asta Lynge (1988, Copenhagen) graduated from Central Saint Martins in 2012. Asta works across a range of different materials and processes, some borrowed from construction and industrial manufacturing. Her work often looks at the position and conditions of images to examine ideas around index and representational stability. Recent exhibitions and screenings include: Up-Town High Rise, Vermilion Sands (DK), Vivaldi was the day you get were in town and I can just meet him, Penarth Centre (UK), November Film Festival (UK), Tableaux, Assembly Point (UK), CPH:DOX (DK) and Reality Considerations, 55Sydenham Rd. (AUS). In 2016 she published Real state, a visual essay with text by Eleanor Ivory Weber supported by Grants for the Arts, Arts Council England.

Will Sheridan Jr. (1988, Brussels, Belgium) is an artist and curator. Sheridan received a MFA Fine Art from Goldsmiths, University of London in 2014. He has participated as an artist in the recent exhibitions: To Die For, Castiglioni Fine Arts, Milan 2018; Pit Stop on the way to dancing with cosmic forces, Kensington High Street, London 2017; Condo, Emalin, London 2017; Double Acts, Marcelle Joseph Projects, Ascott 2016; The Shift, Flat Time House, London 2016; True Players, W139, Amsterdam 2015. He was founder of the project space Youth Club, London (youthclub.biz)

Katie Hare (1987) lives and works in London. Working largely in video, but also across performance, sound and text, her work examines the effects of the increasing rapidity in technological progress, particularly with regards to memory and obsolescence and the way narrative and storytelling is shifting as a result of this development. Recent exhibitions and screenings include: Its origins are indeterminate (Whitechapel Gallery, London, 2018), Video Visions (ACMI, Melbourne, Australia 2017), Touching The Void: When The Physical Collides With The Virtual (CRATE, Margate UK 2017), Portal Atop A Bus Stop (CAC, Vilnius, Lithuania, 2016), Constructs: Katie Hare, Callum Hill, Ellie Power (LUX Moving Image, London, 2016) and Love without capital: Reimagining Relations After UBI (The Showroom, London, 2016). In 2016 she was awarded the Red Mansion Prize.

Dorine van Meel (born 1984, NL) is an artist and writer with an interest in socially engaged art, feminist methodologies and self-organized forms of collaboration. Her work has been shown at the South London Gallery; W139, Amsterdam; Kunstraum, London; and Transmediale, Berlin. She initiated various collective projects, including The Southern Summer School at BAK in Utrecht, a project that brought together art practitioners based in South Africa, the Netherlands and the UK to work through questions around art and decolonization. Currently she works on a new collective project called “A Farewell to Progress” (2017 – 2018) which is presented at KW Institute for Contemporary Art in Berlin and the South London Gallery, amongst others.

Tom Clark is an independent curator, editor and writer. He teaches and has run workshops on curatorial and publishing practice internationally. He is also a CHASE-Funded Doctoral Student at Goldsmiths, University of London, where his research explores infrastructural figures, politics and culture in art institutions. From 2015–2017 Tom was editor at BAK, the Netherlands. From 2010–2015 he co-directed Arcadia Missa Gallery, London and was editor of Arcadia Missa Publications and the journal How to Sleep Faster, as well as the online arts journal General Fine Arts Vol.2, no. 1 (2016). Tom was a contributing editor to FORMER WEST (BAK and MIT Press, 2017), and Para|Fictions (Witte de With Publishers, 2018). In 2016 he founded pool press, and independent publishing and editing studio. He has written numerous exhibition texts and reviews. His recent writing features in The Posthuman Glossary, Braidotti and Hlavajova, eds. (Bloomsbury, 2017), and Temporary Arts Review, USA.


SixtyEight Art Institute is an artistic/curatorial research organization looking to uncover, develop, and further exchanges between artists and curators and their creative labor. Repeats (Figures and Infrastructures) is the seventeenth and final project in our two-year program of exhibitions, called A Dictionary of Advanced Difference.

On our concluding program:

During this two year period, SixtyEight Art Institute has sought to support the creative research areas and concerns of Danish, European, and International artists and curators. Especially through new efforts encouraging and enabling innovative ideas for exhibition-making in the environment of the institute. Our program has encompassed both young artists and curatorial talents, who often have exhibited in combination with the dynamic contributions of established artists or artist collectives from various regions of the world. Primarily, the idea was to give to curators/artists the opportunity to emphasize and exchange on the ways in which shared social experiences and contemporary geopolitical challenges (among different artistic moments) are overlapping, intersecting or developing new forms of cooperation via creative labor. However, through the unfolding of this Copenhagen-based program, we have also taken important steps in strengthening new methodologies for curatorial research and production concepts, not only to help launch the institute, but also as an effort to help start a dialog in favor of sustainable exhibition cultures through collaborations with other arts organizations. And equally, by developing the first institute in Denmark dedicated to artistic research working to explore the complex and creative proposals of today's artists. We look very much forward to our next two-year program and to working with the many artists and curators we will engage in the future.

Thank you all for your support.

SixtyEight Art Institute's A Dictionary of Advanced Difference has been kindly supported by Københavns Kommunes Billedkunstudvalg, The Danish Arts Foundation and Bikuben Foundation.