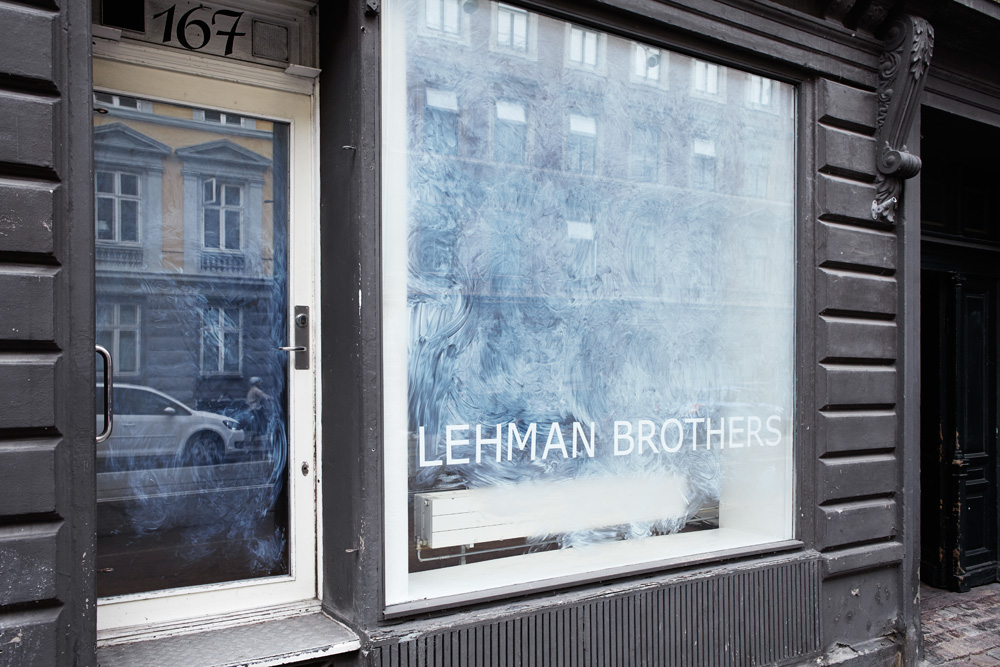 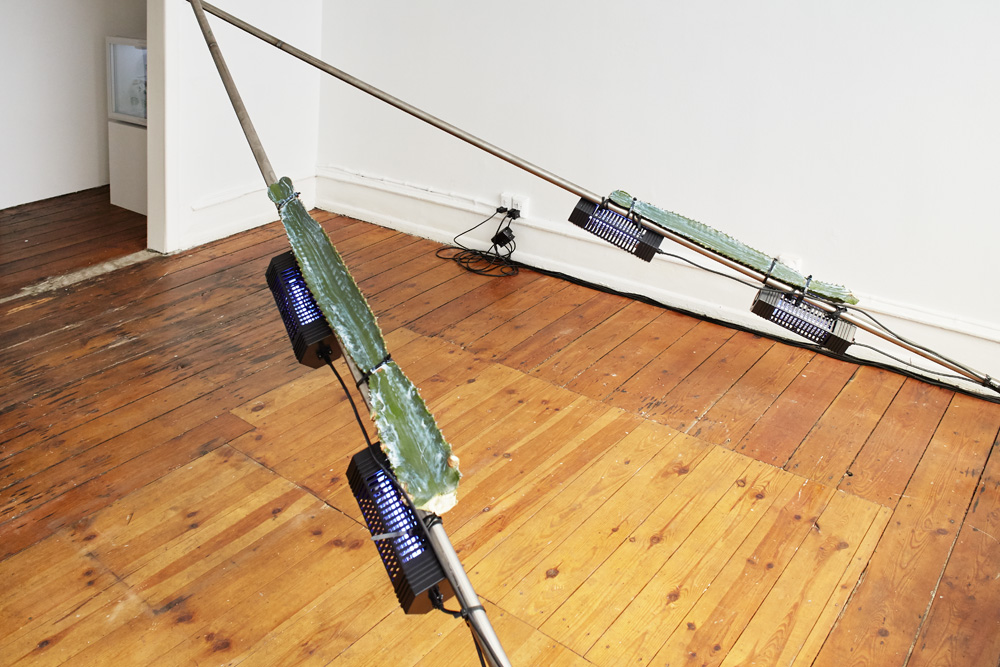 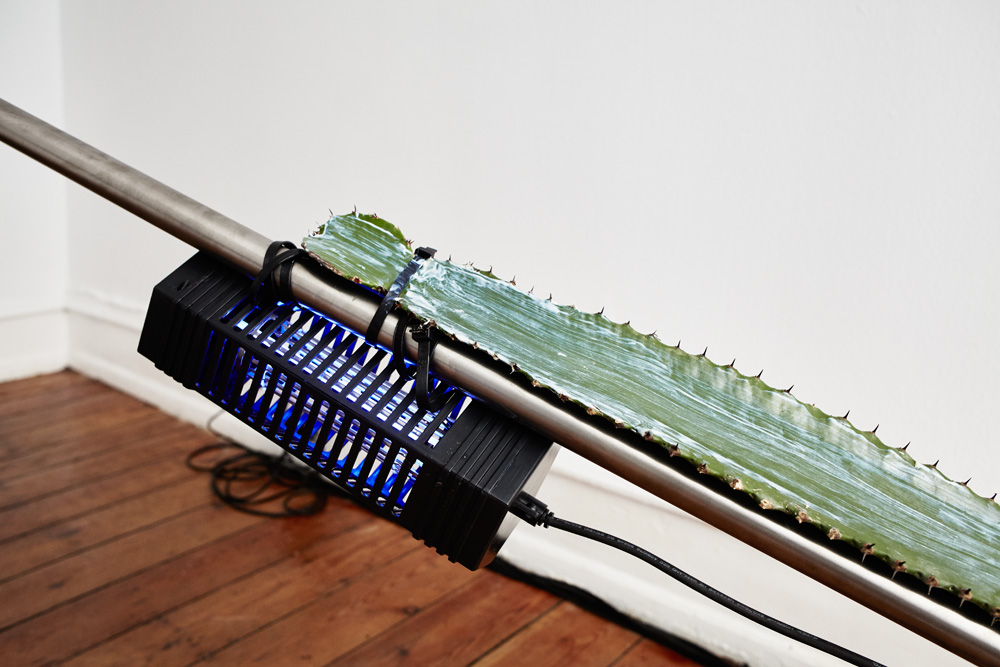 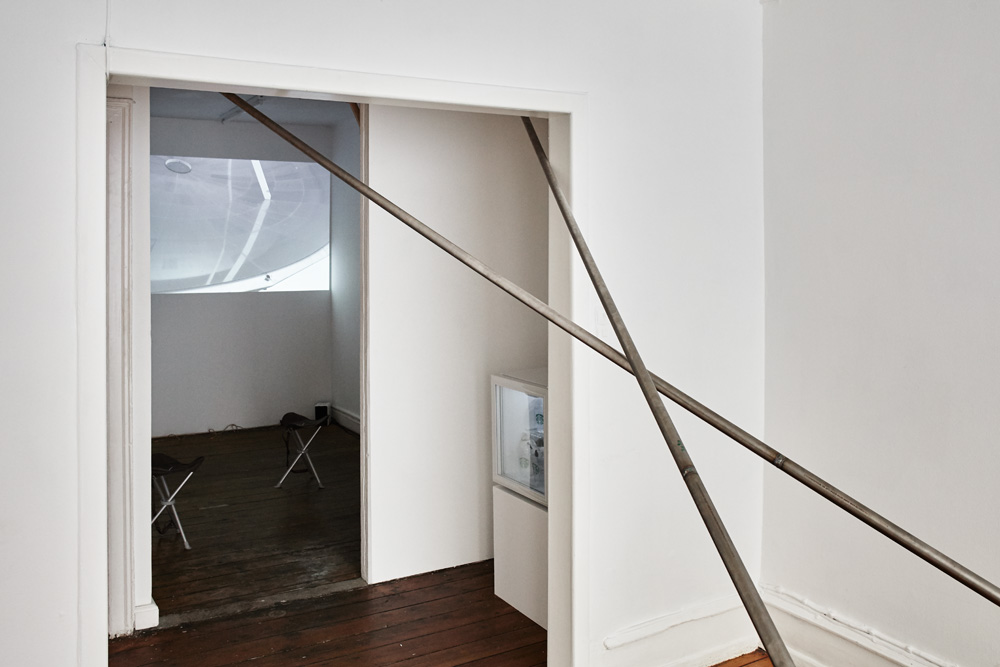 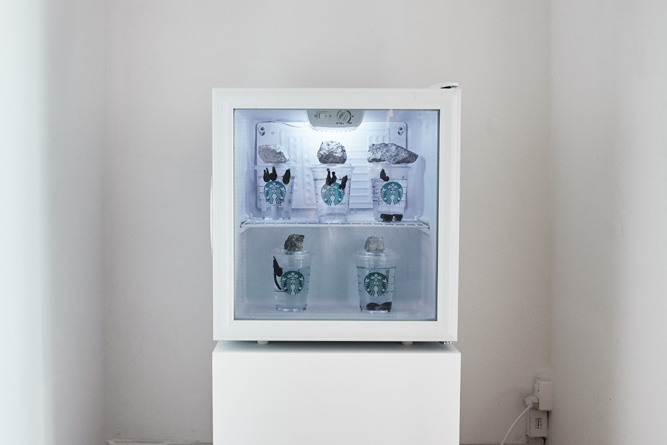 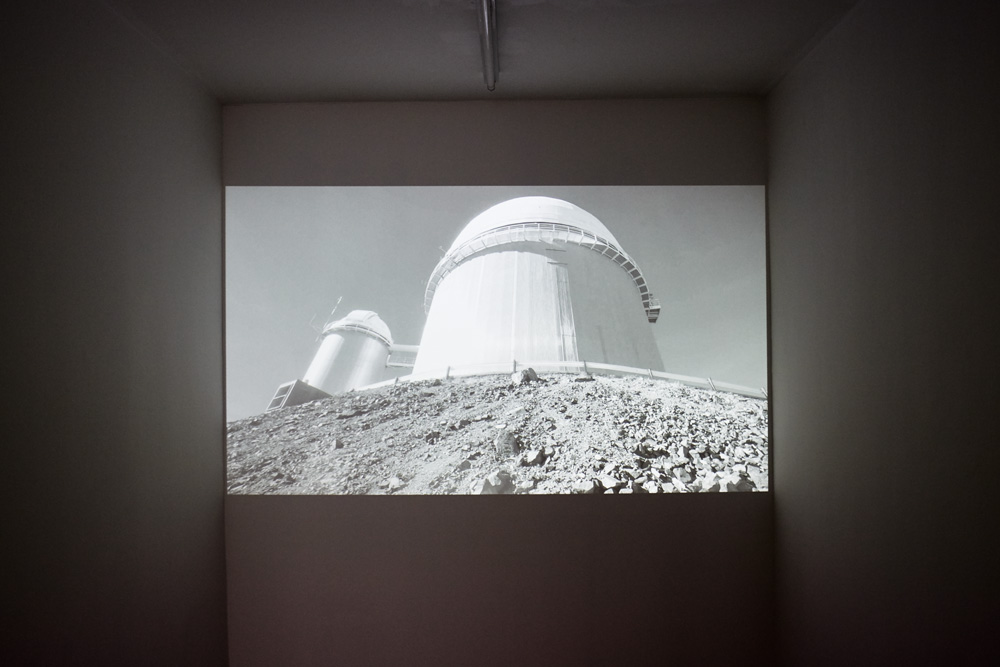 The Danish artist group Lehman Brothers’ exhibition Cerro Point Blanco addresses mining and the history of extraction in Chile, and the progress of capitalism in Chile seen through Herman Melville's Moby-Dick as a framing metaphor. Moby-Dick is a novel inspired by the mysterious white whale 'Mocha Dick', which was said to have lived off the coast of Chile in the first half of the 19th century. The artist group sees Melville's polymathic novel as a tale pointing to the madness and downfall of capitalism, with the Great White Whale as the starting point for an exploration of the self-fulfilling drive towards self-destruction. In the hunt for the white whale, however, Lehman Brothers caught the scent of something even bigger in the Atacama region of northern Chile, namely the extraction of titanium, whose whiteness and properties are highly sought after. The group focuses on the American mining company White Mountain Titanium Corporation, which ran a large titanium mining project in the Atacama desert under the name Cerro Blanco, a mysterious enterprise that went bankrupt and disappeared in 2017 despite major investors.

In their video work, the artists look at this multinational corporation and its extraction project by filming directly at Cerro Blanco (which the company at the time claimed contains the world's largest titanium reserves). Intrigued by the improbability of a bankruptcy when titanium as a mineral is in such demand, not only by our technological sectors, but also by our desires through the various devices and materials provided en masse by the global economy, Lehman Brothers set out across the desert to investigate. They observe in their work that the bankruptcy mirrors a typical pattern for mining operations in the north of Chile, which have been characterised by 'boom and bust' cycles throughout the country’s history, beginning with silver and saltpetre extraction approximately a hundred years ago, to for example copper and lithium extraction today. Their work makes us consider directly our own relation to the extractivist economy, and causes us to reflect on how we can begin the hard work of reconsidering the promises of extraction vs the waste and drain it imposes on individual countries and the world as a planetary ecosystem.

Ishmael, the narrator of Moby-Dick, comments in his chapter-long meditation on whiteness that white disguises the truth, that when stripped of the ‘honourable’ symbolism which is attached to the colour, white “strikes more of panic to the soul than the redness which affrights in blood”. In the exhibition, white becomes the feature of a desert ‘landscape’ composed of large cacti which have been smeared in sunscreen (which is produced using titanium), articulating how the whiteness of the mineral or its capacity to create this property hints at the racialised relations between capital and people. A metal sculpture, also made of titanium, calls to mind harpoons that might be used to bring down the Great White Whale, while titanium is also used to build huge telescopes, like the one at La Silla Observatory, which appears in the video work, and aids the attempt to reach beyond the material limits of our planet. The observatory has a Very Large Telescope and studies stellar bodies, such as galaxy NGC 247, which is found in the constellation Cetus (literally meaning the Whale). This seemingly purely scientific gazing into outer space also reveals the speculative face of capital, currently packaged as ‘space research’, which quietly dreams of future metal and mineral extraction from the shores of distant planets and/or asteroids. In these ways the property of whiteness doubles back on its sources, a loop of symbolism in which it may well be considered stripped of its honour.

The exhibition is a constellation that brings together the whale as focal point and white titanium as a primary medium, where different views of man's pursuit of expansion and exploitation (given in the pursuit of raw materials whether in the ground or in space) result in the sublime extraction of resources that we may never be able to duplicate again. Once more leaving us in a state of contradiction between our infinitesimal fantasies and our finite realities. The contextual installation investigates the velocity of changes brought about by the interplay between extraction, technology, geopolitics and the Chilean resource landscape our world tacitly depends on.

The exhibit is part of a long-term artistic project based on residencies in Chile and support from various regional and international partners. The project has been conceived by Lehman Brothers in collaboration with the curatorial team of SixtyEight Art Institute. Artistic research was conducted in Chile at Residencias ARC (formerly Fundación Los Choros) during a residency period in July/August 2019, and through artist and curator participation in the cultural and site research forum Managing New Displacements from Geography, organised by the Chilean curator Rodolfo Andaur and held in the Atacama Desert in July 2018.

Both in the exhibition and the accompanying book (published October 2020), Lehman Brothers wish to emphasise some of the problems and unwanted consequences of the drive to expand and extract, produce and create growth, through specific examples from and in relation to Chile. A country that has become a de facto experimentarium fuelling the global and political economy, first in the unrestrained exploitation of raw materials by colonial powers on distant continents, and in recent times by neoliberal forms of capitalism.


The artist group Lehman Brothers was formed in 2012 following the collapse of the well-known global financial services firm of the same name, and since 2018 has been composed of Peter Birkholm, Christian Danielewitz, Jonas Kasper Jensen and Kim Young Kilde.