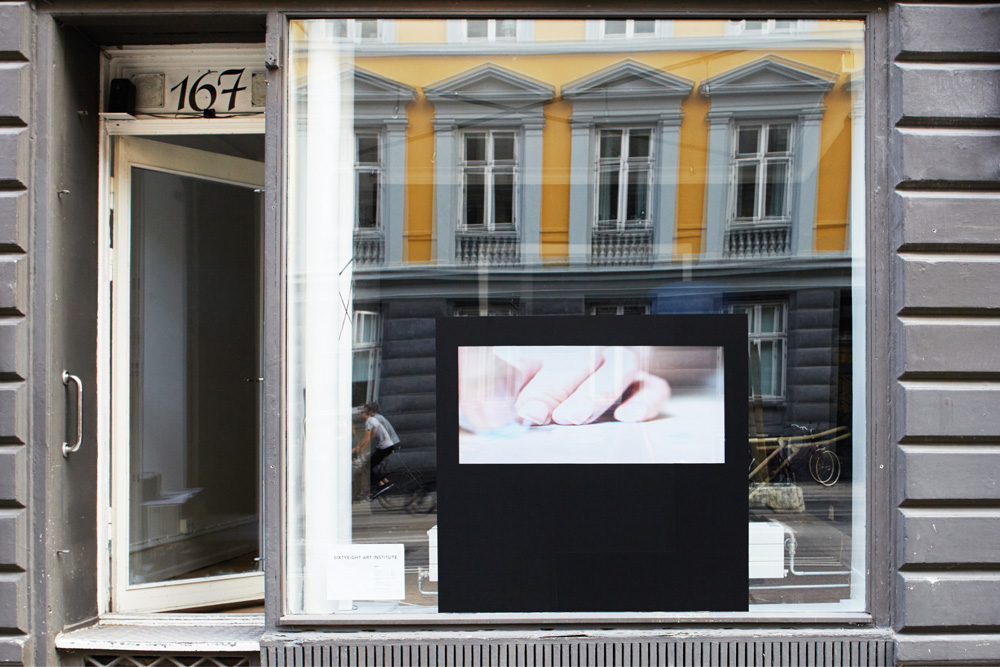 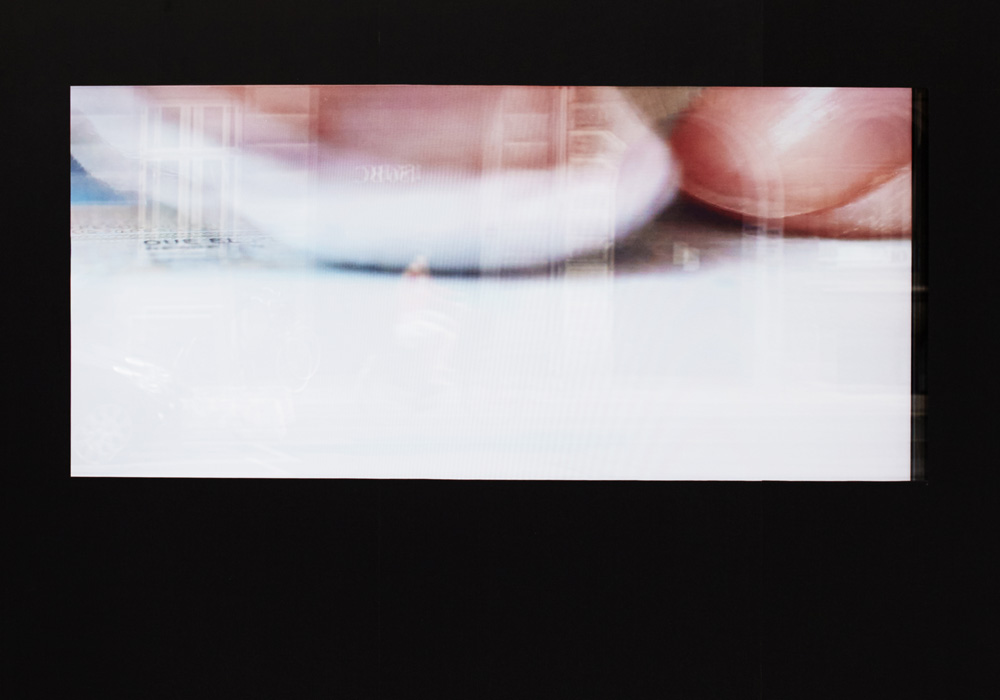 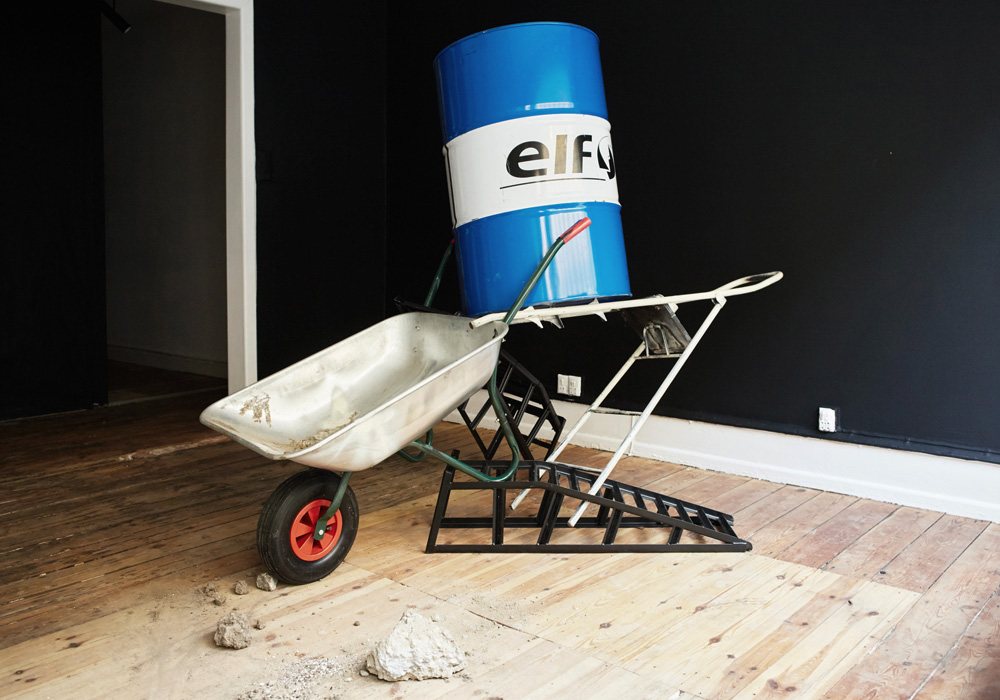 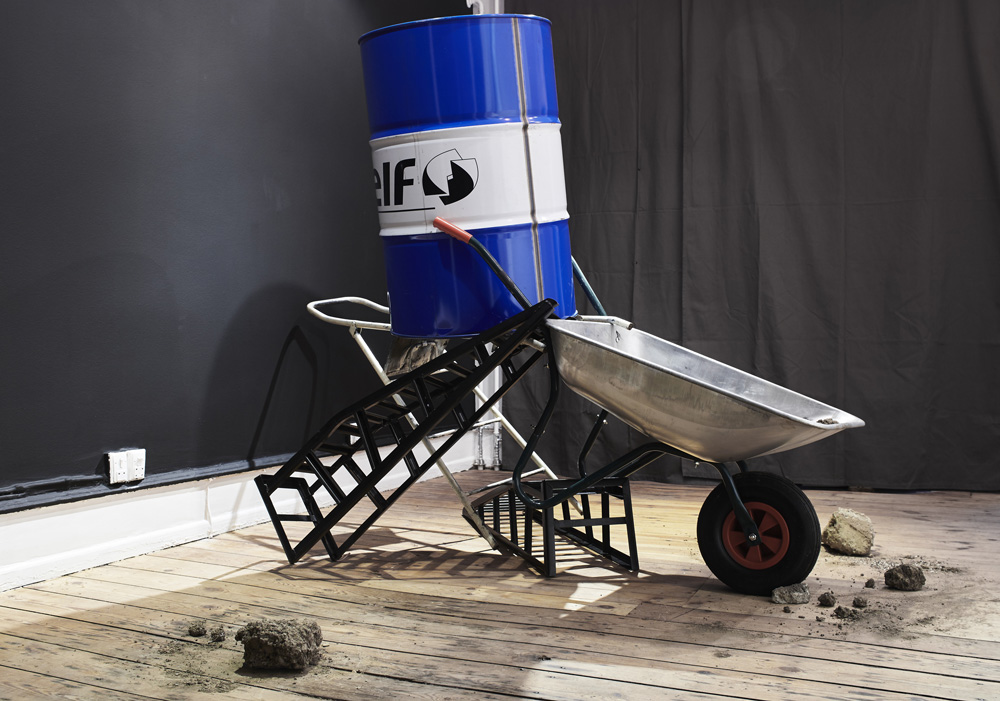 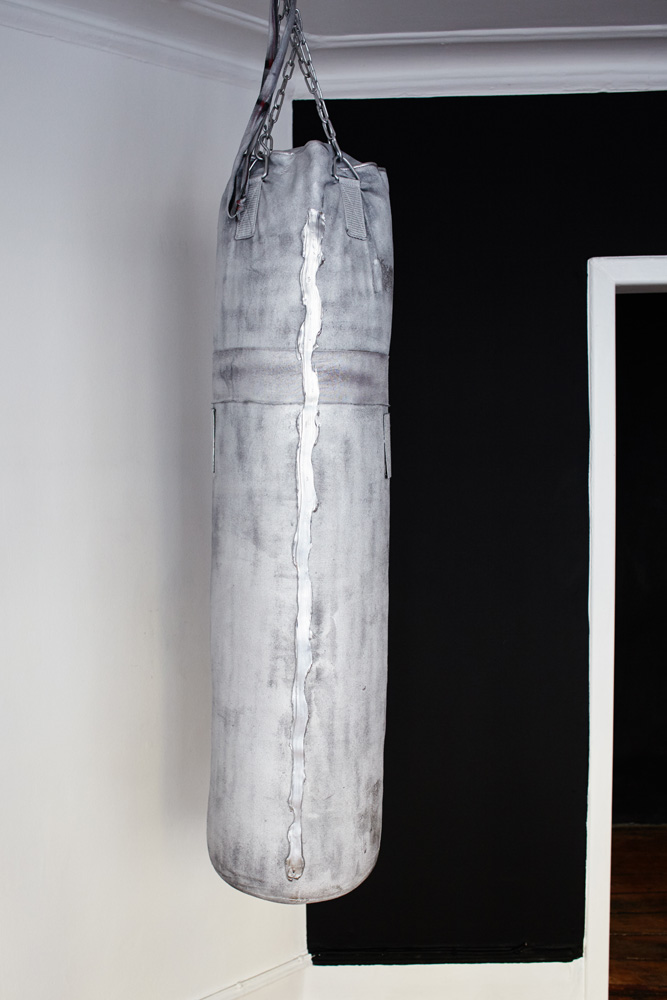 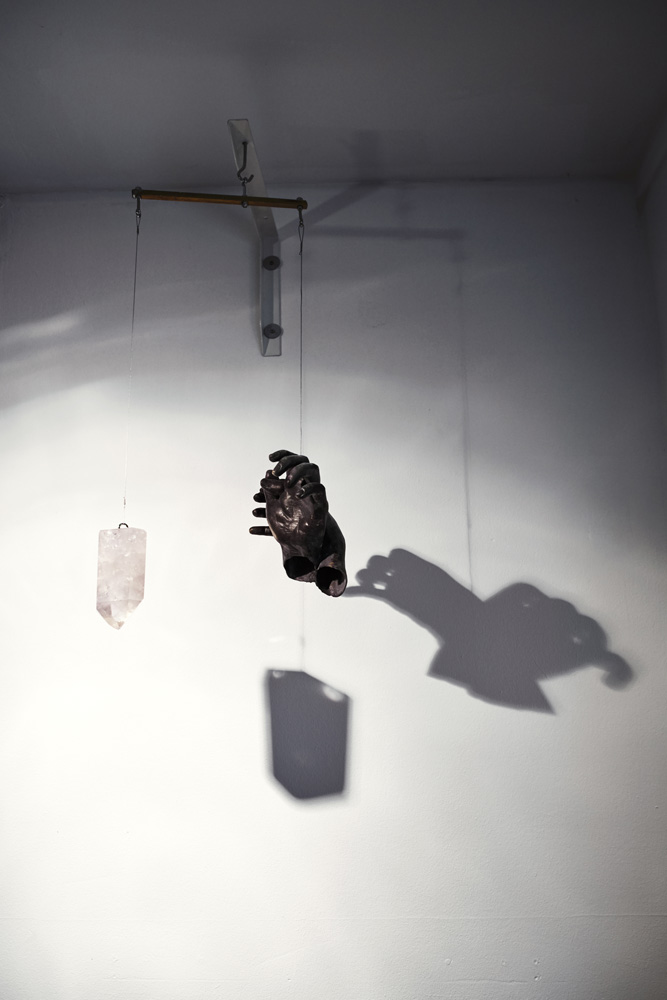 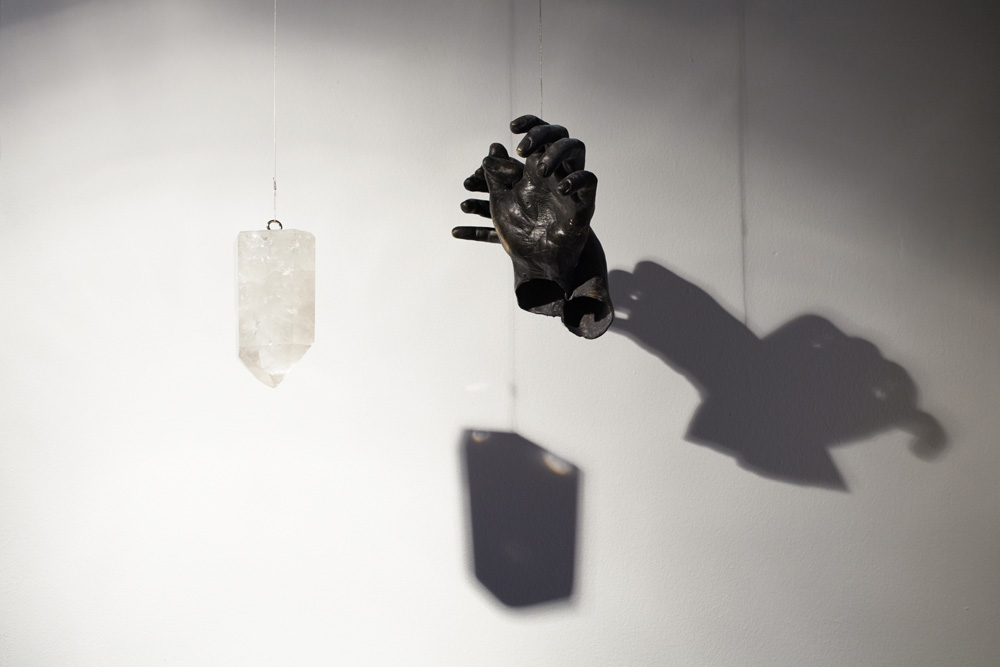 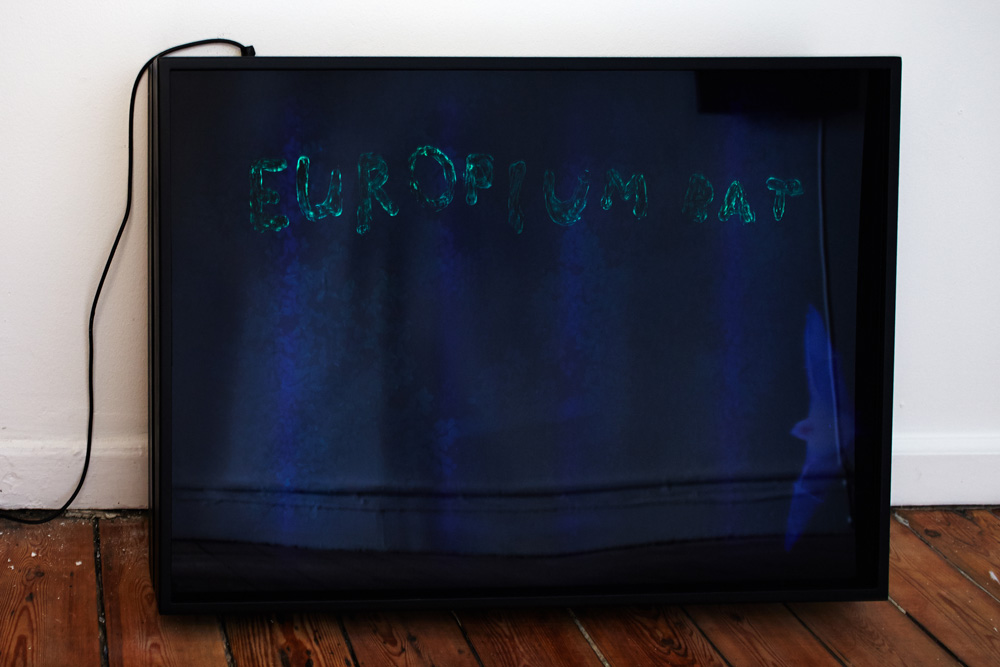 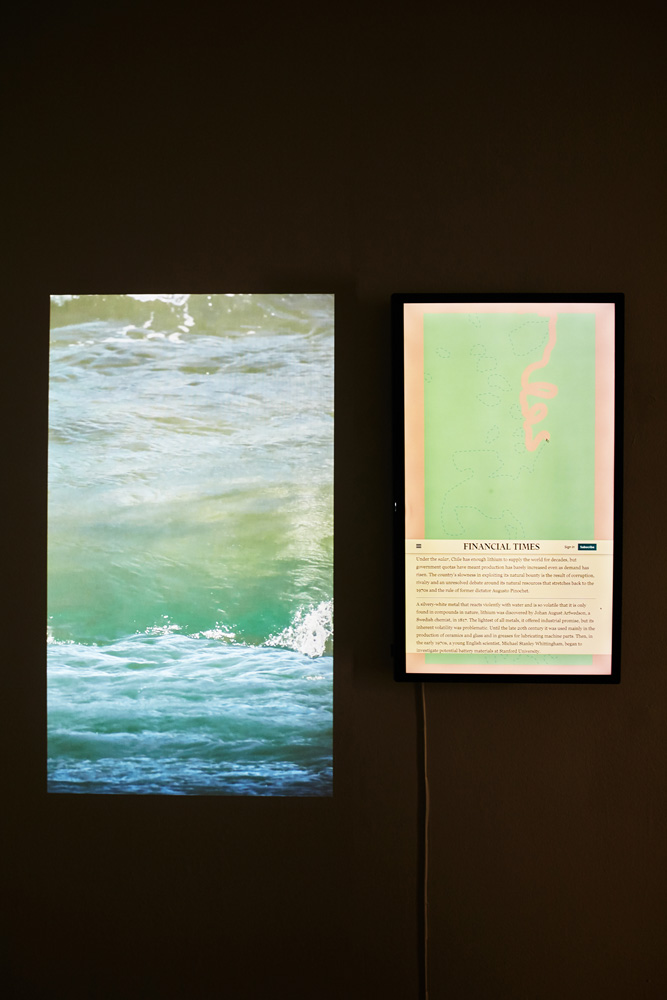 Money Laundering is a group exhibition consisting of sound, sculpture, video and photographic artworks by artists from different regions of the world. It aims to generate an analytic reflection about power, business and the role of system-wide corruption that is overtaking many situations, places, and nations.

This curatorial research-based exhibition seeks to highlight artists who are working with several parallels of intervention and artistic inquiry, contextually dealing through diverse points of entry with the aesthetic and political implications of corruption as an everyday ‘normal.’ The exhibition takes its title from the different phenomena of double-dealing, fraud, extortion, washing or alteration of the established and legal conventions of capital. For example those that are pervasively and transactionally devaluing money, mineral extraction, public goods or those which are accelerating the devastation of natural resources.

In this sense, this exhibition project tries to study some of the condemnation surrounding global corruption issues, especially the modes of being that are increasingly linked to money laundering as a process and as a phenomenon which is capitalizing on our cultural, political and economic understanding of liberal democracy.

Grasping how these modes are laundered in order to achieve globalization, offers us possible routes for how artistic insights can intersect and create spaces in which to interrogate, contest, hack or mutate corruption – maybe on their own global terms and as new institutions? This would appear to be one alternative we have in order to give our reproach a grounding and perhaps use it as a seedling for collective action.

To this end, Money Laundering speaks through different materials, notes, reports and various technical aspects, where the invited artists reflect on the very different parallel readings of forms of ‘laundering’ that are intersecting with our global contemporaneity and subjectivity. Money Laundering is about questions, please join us and ask your own. All are welcome.

Ana Alenso
anaalenso.com
Born in Caracas, Venezuela. She is a multimedia artist based in Berlin, Germany. She holds an MFA in Art in Context from the Berlin University of Arts (2015), an MFA in Media Art & Design at the Bauhaus University Weimar (2012) and a Diplom an der Armando Reverón Arts University in Venezuela (2004). Working across sculpture, photography, installation, sound and video, Ana Alenso aims to expose the dire risks in the global oil industry and financial world. Her work identifies critical states, where objects such as oil barrels, water bottles, pipe residues, and pieces of scaffolding are precariously positioned to link processes of signification, historical allegories and speculation around the practice of oil extraction. Alenso has presented the following solo exhibitions: Fake Supply at Addaya Gallery in Palma Mallorca, Spain (2016), Tropical Curse at Kinderhook & Caracas in Berlin (2015), Boom and Bust (2014), and Found Mechanism (2012) both in the Venezuelan gallery Oficina#1.

Lehman Brothers
lehmanbros.net
The artist group is based in Copenhagen was started in 2012. The starting point for the group’s work was the takeover of the name: Lehman Brothers. In the projects of the group, the investment bank and deregulated capitalism are processed through a simulacrum of sorts,taking on everything from economics, raw power, desire and subjectivity; as seen both within the artistic and the economic field. Lehman Brothers has exhibited in Museo Nacional de Arte, Mexico City 2017; RAT School of Art, Seoul, South Korea 2016; OK Corral, Frederiksberg, Denmark 2016; Bucharest Biennale 7, Romania, 2016; Udstillingsstedet Sydhavn Station, Copenhagen 2014; Malmö Konsthal, Sweden, Nikolaj Kunsthal, Copenhagen 2013.

Alejandro Gómez Arias
alejandrogomezarias.com
Born in Mexico City. His projects address the relationship between images and economics, and examine money as a tool and its relationship with value when capital becomes flexible. He has been awarded two of the most important awards in Mexico; the National Prize for Young Art and the Young Creators Scholarship 2013-2014 and 2016-2017 (Mexican Ministry of Culture). He has had exhibitions in various independent and institutional art spaces in Mexico and abroad; Italy, Mexico//The Future is Unwritten, Palazzo Cinni, Venice, 56. Esposizione Internazionale d’Arte di Venezia, 2015; La Polis Imaginada, El Quinto Piso, Mexico City, 2016, etc. He participated during 2016 in the International Symposium of Theory of Contemporary Art (SITAC) along with Boris Groys among others. He is co-founder of Art and Work part of BWEPS (Mexico’s independent art space). He is currently developing the project Arbeitsmaschinen (Work machines) in the IISH (Amsterdam) with the support of the Mexican Ministry of Culture.

Andrés Vial
andresvial.info
Born in Santiago de Chile. He is a visual artist with studies in agriculture, advertising and fine arts. He has a master's degree in artistic production and research from the University of Barcelona, where he also developed his PhD thesis Lack of territory as a sculptural exercise. After a first professional cycle teaching at the university and producing his work, forming part of various collective exhibitions, he today divides his working time between the co-direction of Espai Colona Barcelona (artist run space) and the production of his work linked mainly to issues related to land management and nature in their relationship with humans.