How we let Venice flood and other stories – December Bookshop 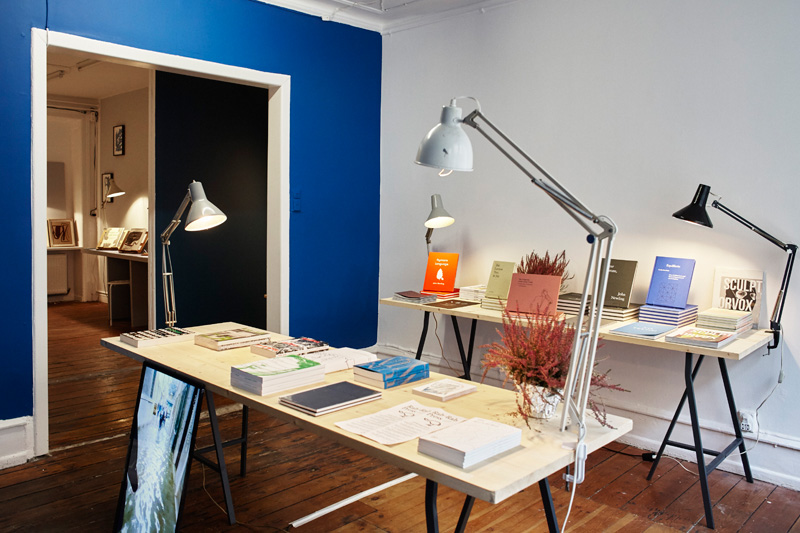 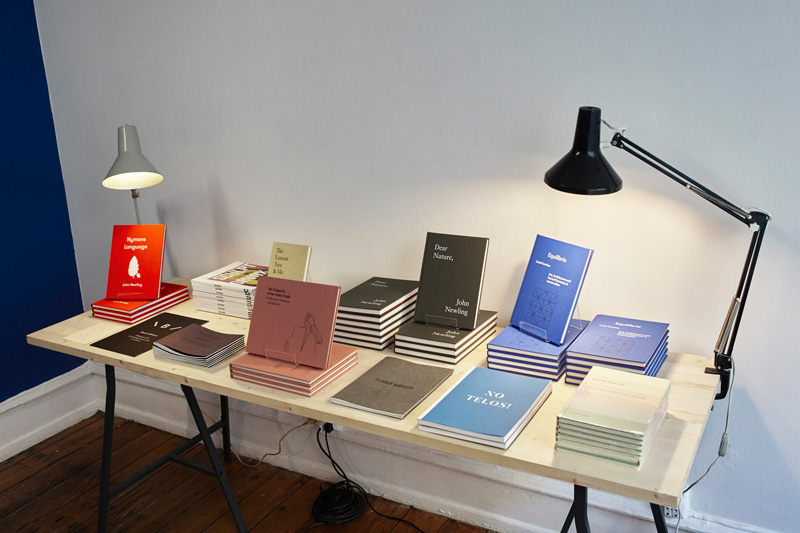 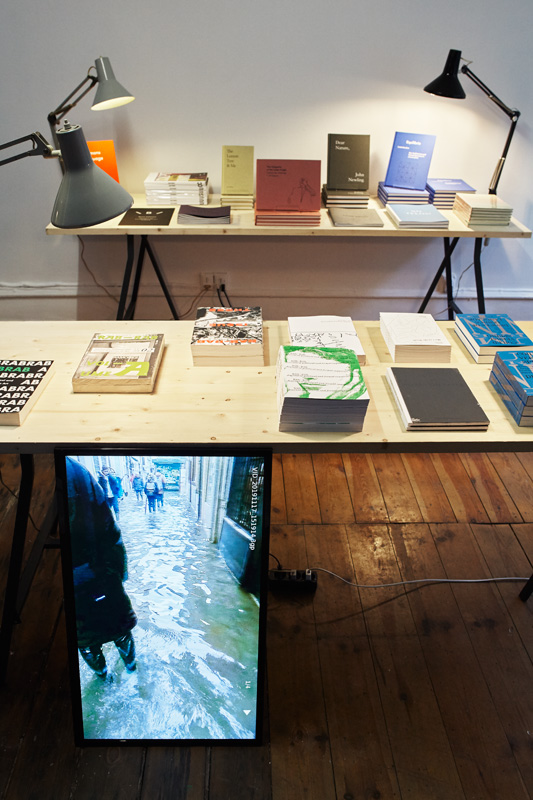 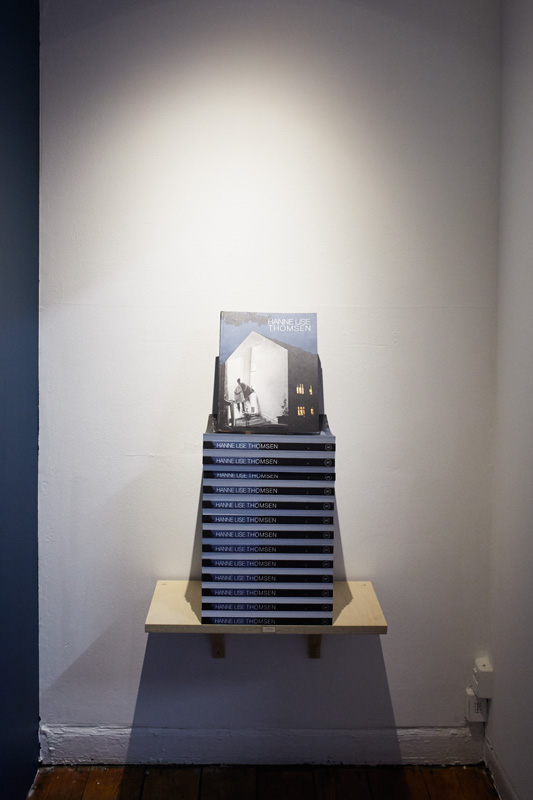 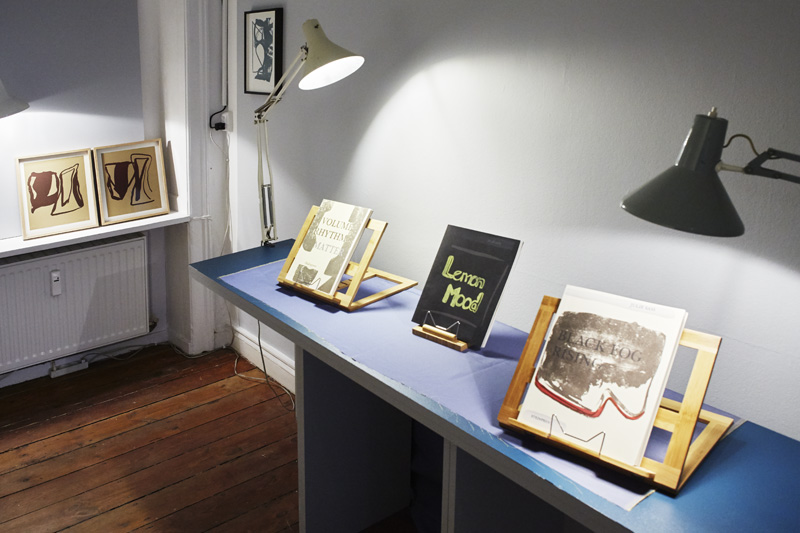 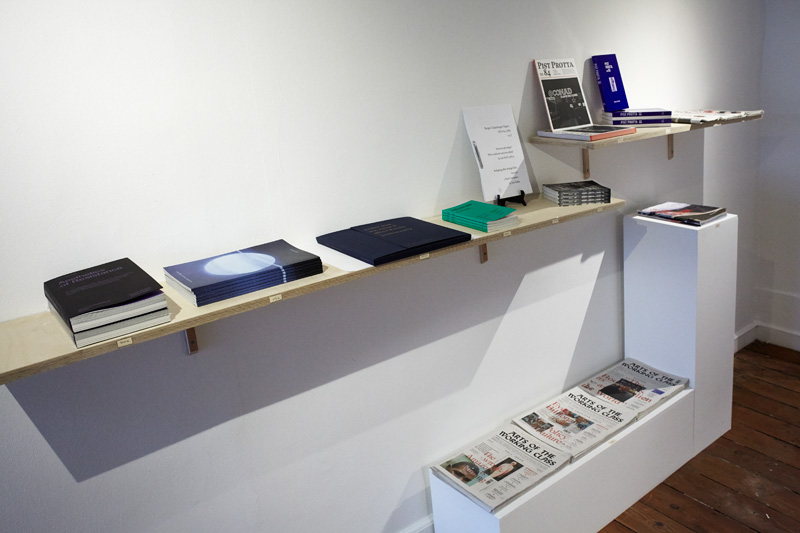 Really Simple Syndication Press, the publishing arm of SixtyEight Art Institute organised a December Bookshop, How we let Venice flood and other stories, featuring the books of two specially invited publishers, who are printing new and arresting artistic books, from each of their separate geographies in Europe: Rab-Rab Press in Helsinki, Finland and Beam Editions in Nottingham, England.

During this month-long bookshop, RSS Press also made available its own books and a special selection of three artist-books by Julie Sass: Volume Rhythm Matter dialogues, 2017; Lemon Mood, 2018; and Black Fog Rising, 2019, offering rare access to an artistic project, which has been elegantly generated through a long-term collaboration and process with Steinprent in the Faroe Isles for the building of each book. Where the viewer-reader can enjoy the various abstract renditions, assemblages, and painterly gestures that bind together (sometimes with text) each artist-book. Each in its own right features advanced innovations in image construction and representation, in addition to fostering a conversation on the role of abstraction through print technologies. All together, and considering our complex cultural and digital era, the books question quietly (and with style) the role of surface and image reproduction in a visual world so saturated by pixel noise. In summary, these artist-books stroll into new arenas for abstraction and/or its theoretical underpinnings with rhythm, mood, and dark delight.

Beam Editions was established in 2017 to produce serious but accessible books on contemporary and modern art. Illuminating that the work of the world's most interesting artists can change the way to think and see the world, and hopefully for the better. Beam Editions' books are topical, addressing issues of our time as well as presenting timeless work by artists that will always be relevant. Beam Editions produce artist books, monographs and research projects that are beautifully designed and celebrate the craft of the art book.

Recent projects by Beam Editions include Dear Nature by John Newling – a call to reconnect with Nature; Etiquette of the Arms Trade by Jill Gibbon – an exposé of the international arms trade; No Telos by Emma Cocker and Danica Maier – a call for a 'slow' approach to art-making and life; the first monograph on Ed Moses, one LA's greatest abstract painters; Sounds Like Her - Gender, Sound Art and Sonic Cultures, a non-patriarchal look at the history and current practices. Beam Editions is based in Nottingham, England.

Rab-Rab Press is an independent discursive platform based in Helsinki. It publishes the annual Rab-Rab: journal for political and formal inquiries in art, and special publications advancing non-institutional thought. Rab-Rab is against using art as a pretext for a fictive triumph where “in the end, everything always works out” (Brecht). So far Rab-Rab has published seven numbers of the journal on the special topics of language, noise, forest, and remembering as future; artist's book with linocuts on the political history of paper industry in Finland, a pamphlet on Zaum poetry, and the translation of Viktor Shklovsky’s children’s book on cinema; Rancière’s unpublished early text on Karl Marx; and the first English translation of Russian Formalist and Futurists writings on Lenin’s language. Rab-Rab Press is based in Helsinki, Finland.

Currently, Rab-Rab Press is working on the research and publishing project called ‘The Forms of People's Revolt’ which will result in a series of publications. The forthcoming publication “Free Jazz Communism: Archie Shepp–Bill Dixon Quartet at the 8th World Festival of Youth and Students in Helsinki 1962” including an interview with Shepp, reproduction of hard-to-find early texts by Shepp, archival materials, and theoretical texts contextualising free jazz in the light of global decolonial movements and leftist anti-racist organisations as opposed to normative Cold War narratives.

Julie Sass (1971) studied visual art at The Royal Danish Academy of Fine Arts in Copenhagen and in the MFA program at New York University in New York City, where she specialized in painting. She received an MA in Theory and Mediation from The Royal Danish Art Academy.

Focusing on abstraction in its diverse forms and how visual art can be embedded in various contexts, Sass has developed several artistic initiatives complicating the exhibition typology, either through solo projects or by collaborating with: Milena Høgsberg, Tomas Lagermand Lundme, Courtney J Martin, Bodil Nielsen and Anna Fro Vodder. In addition, Julie Sass has curated exhibitions in several art organisations and has produced a number of books in relation to her curatorial projects.

Her artist-books have been exhibited both nationally and internationally in various venues. In relation to this, her extensive artistic research developed through her artworks or curatorial practice rooted in abstraction is leading into future publications, where she hopes to explore the future of printmaking, painting, and abstraction in relation to art history and emerging technologies. Her work can be found in various public and private collections, including The Metropolitan Museum of Art in New York and the New Carlsberg Foundation.